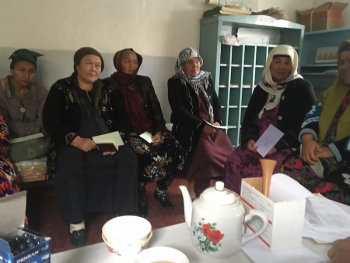 In Tajikistan, the current incidence rate of breast cancer in women is estimated to be 18.2% and it is the third most common cancer in the country.[1] NGO Avesto  noted a lack of availability of treatment, and information and support for metastatic breast cancer (MBC) patients, as well as a lack of awareness amongst the general public regarding MBC. In response to these issues, NGO Avesto launched a project “Raising patient voices in Tajikistan”. The objective of this project is to raise the profile of MBC with policy makers, journalists and the general public, influence policies to improve access to treatment and address the need for improved information and support for patients. NGO Avesto engaged key stakeholders, launched public awareness campaigns and established a hotline for MBC patients.

NGO Avesto is a non-profit organisation founded in 1997 that focuses on psycho-social support for vulnerable populations. They deliver educational programmes to increase health literacy and raise public awareness on the prevention of infectious and non-communicable diseases, and specially advocate for breast cancer patients by engaging with government to advocate and influence state health policies.

“Thanks to the grant, we have improved our skills on the forms and methods of providing information, as well as on the art of presentation. All these aspects have had an impact on the quality of events, meetings and dialogues with both beneficiaries and health policy makers.” 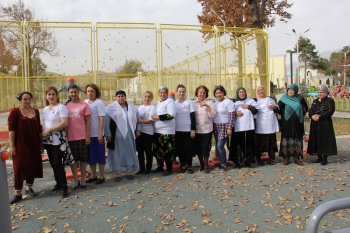 In 2017, NGO Avesto was awarded a SPARC MBC Challenge grant for their project to raising patient voices in Tajikistan.

In order to engage key political stakeholders and highlight the needs of MBC patients, two meetings were organised in which breast cancer patients were invited to share and represent the needs of their community., These meetings were attended by representatives of the Tajik Ministry of Health, social protection services of the Republic of Tajikistan, parliamentarians, the Ministry of Finance, the Committee on Women and Family Affairs, local health authorities and the Centre for Nuclear Safety.

NGO Avesto established a hotline for advanced breast cancer patients, where they can receive counselling from trained psychologists, oncologists, and family doctors.

Finally, NGO Avesto also held nationwide information campaigns with the goal to reduce stigma and to inform the general public on the topics of screening and early detection of breast cancer, adherence to treatment as well as other issues specifically relating to advanced breast cancer. Strategic roundtable discussions were also organised with journalists in order to raise awareness locally and regionally.

As a result of the high-level government meetings, the Tajik Ministry of Health introduced chemotherapy drugs for breast cancer patients at a discounted rate, enabling thousands of patients to access treatment. The patients’ voices played a pivotal role in increasing the financial support from the government to oncology departments around the country.

NGO Avesto successfully engaged 45 journalists in six roundtable discussions. In the first year of the project, NGO Avesto were able to document 10 articles in newspapers, 10 speeches on the radio, five speeches on television (city, regional television) delivered by journalists on the topic of MBC. Information campaigns were launched by the organisation and included the sharing of patients’ stories, dissemination of information on MBC as well as the availability of treatment. NGO Avesto reports that they have reached an estimated 20,000 people collectively via the campaigns, social media platforms and website.

Regarding direct support to MBC patients, the organisation has opened a hotline for women with advanced breast cancer that received 560 calls in the first year of the project, a patient group was established and a manual on MBC was developed. 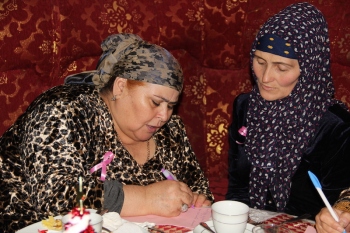 As a result of the SPARC project, NGO Avesto has initiated seven new partnerships with institutions such as the World Bank, the Soros Fund and the USA Embassy to further their support to cancer patients in Tajikistan. In 2019, Avesto was also selected as a Country Champion for the UICC Cancer Advocates Programme  and as a result, will continue their advocacy work supported by UICC and a network of other organisations engaged in national-level advocacy. The organisation also plans to continue to deliver informational campaigns and organise patient groups for women with MBC.