Approximately ten years ago, tobacco sales in high-income countries were falling, mainly due to an increased awareness of the harmful effects of tobacco smoking and the measures taken to reduce smoking incidence. This encouraged even the most resistant policymakers to follow the articles outlined in the World Health Organization Framework Convention on Tobacco Control (WHO-FCTC)[1] and adopt stricter and stricter tobacco regulations. For the first time, many countries faced the possibility of ending the tobacco epidemic and the prospect of a smoke-free future.[2,3]

In reaction to this dramatic impact on their business, tobacco companies succeeded in introducing the heated tobacco product (HTP), a new device designed allegedly to be relatively safe. HTPs are hybrids between electronic cigarettes and combusted cigarettes: as electronic cigarettes, they are equipped with an electronic device heating a product to generate an aerosol containing nicotine; as combusted cigarettes, the heated product is “real” tobacco.[4,5] HTPs therefore pose potential dangers to public health and the nicotine ensures that consumers remain enslaved, guaranteeing future customers for tobacco companies among the youngest generations.

Philip Morris International (PMI) launched IQOS, the first HTP, for the first time in December 2014, selecting Milan, Italy and Nagoya, Japan as pilot cities for the European and Asian markets respectively. Today IQOS is available in a large majority of high-income countries, together with other HTPs such as Glo of British American Tobacco (BAT) and Pax of Japan Tobacco International (JTI).[4,6]

When launching in Italy, PMI found a way to convince policymakers – without providing any independent scientific evidence – that their product was less harmful than combustible tobacco and effective in reducing the consumption of traditional cigarettes and the number of smokers. PMI started donating large amounts of money to major humanitarian movements, including the Italian Red Cross,7 in order to prove that it is moral and honourable to accept large donations from the tobacco industry. The tobacco industry also donated large amounts of money to the Italian foundations of the main political parties (they call it “lobbying”, a legal activity).[8]

Furthermore, PMI is investing almost US$1bn over the next 12 years in the Foundation for a Smoke-Free World, an organisation whose main aim is to finance research to justify the assertion that IQOS is acceptable from both a safety and a public health perspective.[9] For this reason, the scientific literature is already highly contaminated by potentially biased data, funded and controlled by the tobacco industry.[10]

Finally, despite the fact that some other nicotine delivery products, such as the Swedish snus (smokeless tobacco),[11] did not fulfil the safety requirements to enter into the Italian market, PMI found a way to convince policymakers to allow them to commercialise IQOS. Indeed, Italian policymakers even decided to substantially cut excise taxes for these novel tobacco products. Moreover, they allowed PMI and other tobacco companies to evade the regulations that cover tobacco products. Thus, HTPs are not subject to any national legislation banning smoking in indoor public places and workplaces or advertising, and they are not subject to the same pictorial health warning packaging as for combusted cigarettes.[4] This is true not only for Italy, but also for most other high-income countries.

The harms of HTPs

Are these products safer than conventional tobacco? Given the destructive health consequences of combusted cigarettes, it may seem reasonable that HTPs are less harmful than conventional cigarettes. However, we do not know this with any degree of certainty.[5] In fact, whereas it is true that selected toxicants and carcinogens known to be released by combusted cigarettes are emitted by HTPs at substantially lower concentrations (around 10%), other toxicants and potential carcinogens emitted by HTPs are not even present in traditional cigarettes,[12] thus we are not able to draw conclusions about their effects on human health.

The role of HTPs on tobacco control

Are these products effective in reducing harm? Our independent research has contributed to the growing evidence that HTPs represent more a gateway to nicotine addiction for non-smokers than a harm reduction tool for current smokers. We have shown that in Italy the majority of users of these products are dual users (people using both conventional cigarettes and HTPs, likely using HTPs where conventional cigarettes are banned) and that an important proportion of HTP users are never-tobacco smokers, particularly young people attracted by these allegedly safe products.13 Furthermore, we are now publishing data from the European TackSHS survey,14 showing that approximately half of all ex-smokers using HTPs stopped smoking conventional cigarettes before the entrance of HTPs in the national market. This suggests that ex-smokers relapsing because of HTPs outnumber those using HTPs to quit smoking.[15]

In this regard, we strongly support WHO’s stance on HTP. Rejecting HTPs as a smoking cessation strategy for current smokers, WHO stated that “HTPs are tobacco products and therefore, even if a tobacco user converts from the use of conventional cigarettes to HTPs, this would not constitute cessation.” [5]

In January 2019, PMI made a formal request to the Italian authorities to evaluate the relative harmfulness of their novel tobacco product. For the reasons cited above, the Italian Ministry of Health and the National Health Institute (Istituto Superore di Sanità; ISS) declared that it was impossible to acknowledge both the reduction of HTP’s toxic substances and the potential risk reduction of HTPs compared to combusted products, under the same conditions of use. The results of this evaluation were sealed for more than one year, but we contributed to ensuring that they were made publically known through an investigation broadcast on the national TV programme “Report”.[16]

In July 2020, the Food and Drug Administration (FDA) in the US revised the status of IQOS, declaring that this product has a lower “exposure modification” (but not a lower harm or risk for human health) compared with conventional cigarettes. Yet FDA officers still need to explain how and why they made this decision, which amounts to endorsing HTPs. Indeed, the confusion resulting from this decision has been highly criticised by independent tobacco control experts,[17,18] including us, but acclaimed by PMI as a “milestone for public health”.[17]

Something that is not sufficiently stressed in the scientific literature is that the tobacco industry controls the markets for both tobacco and HTPs, and therefore can move their customers towards the purchasing of one of the two products (tobacco vs HTP) by acting on differential prices of various products. The fact that tobacco companies also control the market for electronic cigarettes further complexifies the issue.

In Italy, the final result of this curious case is that smoking prevalence, which has been consistently decreasing for several decades, is no longer dropping. It is essential that the general public and policymakers understand that HTPs should be considered as tobacco products,[17] and that the fiscal and regulatory favours from which they benefit in Italy and elsewhere must be urgently revised to prevent a new wave of the tobacco epidemic.

Silvano Gallus (ScD in Computer Sciences) leads the Laboratory of Lifestyle Epidemiology of the Mario Negri Institute, Milan, Italy. Since 2017 he is Honorary Associate Professor at the University of Nottingham, UK. His main research lines include tobacco control in Italy and Europe and the epidemiology of tinnitus. He is associate editor of multiple journals, including Scientific Reports and Journal of Epidemiology. He is author/co-author of more than 340 papers, including more than 300 articles in peer-reviewed journals (h-index: 55). For scientific merits, Dr. Gallus has received several awards, including the Ig-Nobel prize for medicine in 2019. 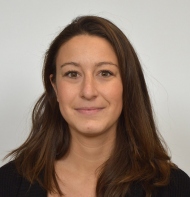 Alessandra Lugo (MSc in Biostatistics, PhD in Biomedical Statistics) is Senior Researcher at the Laboratory of Lifestyle Epidemiology of the Mario Negri Institute, Milan, Italy.
She started her career in biostatistics, epidemiology and public health in 2011. Her main research fields include tobacco control in Italy and Europe and the epidemiology of tinnitus. She obtained a three-year post-doc fellowship from the Italian Association for Cancer Research (AIRC; 2017-2019) to estimate cancer mortality attributable to smoking and second-hand smoke in Italy and Europe. She is author of 55 scientific publications (h-index: 17).