SPARC applications are reviewed and evaluated by the SPARC Selection Advisory Group (SAG), which recommends the finest applications to UICC based on a set of criteria defined in the SPARC application guidelines. Experts from around the world are invited by UICC to join the SAG, which is renewed each two years. We are grateful for the participation of our SAG and encourage you to read their biographies below. Note that Pfizer has no role in the selection of applications. Dr. Fatima Cardoso is the Chair of the SAG and is the Director of the Breast Unit of the Champalimaud Cancer Clinical in Lisbon, Portugal.

Professor Aranda is the President of the Union for International Cancer Control. She has 30 years of experience in cancer control. She has worked as a clinician, educator and researcher, having developed a significant supportive care research programme at the Peter MacCallum Cancer Centre in Melbourne. She is currently working in a government organisation in a role designed to improve system performance. In this role, her responsibilities span data collection, cancer information reporting and system innovation. Professor Aranda is the immediate past President of the International Society of Nurses in Cancer Care where she fostered developments in international cancer nursing ranging from tobacco control programmes to train the trainer programmes in clinical leadership.

Dr. Maira Caleffi graduated in Pharmacy (1980) and in Medicine in (1981). She completed her residency in Gynecology and Obstetrics in 1983 after which she specialized in Breast Care as a scientist at the Imperial Cancer Research, Guy´s Hospital of London in 1987. At the University of London, she completed her doctoral thesis entitled “Breast Cancer in the Elderly Woman” (1991), and at Vanderbilt University (Nashville, USA), she undertook postdoctoral studies in Molecular Biology in the field of Genetics and Breast Cancer (1993). Dr Caleffi is a dedicated breast surgeon developing academic and hospital care work at the Breast Center of Hospital Moinhos de Vento in Porto Alegre, state of Rio Grande do Sul, Brazil. She has been the coordinator since 2003.

Soon after returning to Brazil in 1993, together with a group of health professionals and patients she started a non-profit organization called IMAMA- Breast Institute of the Rio Grande do Sul to improve early breast cancer diagnosis. In 2006, she founded the non-profit FEMAMA – The Brazilian Federation of Philanthropic Breast Health Institutions to influence the formulation of the national public health policy and related fields in order to ensure universality, integrality and equity in breast health attention, in a context of whole health and full rights for Brazilian women.

Dr. Caleffi has been a board member since 2011 of the UICC and is an active member in Latin American Union Against the Women Cancer. She is also a member of The Brazilian Association of Palliative Care; Brazilian Breast Cancer Study Group, and ASCO, and collaborates with many organizations including Susan G Komen for The Cure; Breast Health Global Initiative; The Harvard School of Public Health - Global Task Force on Expanded Access to Cancer Care and Control; American Cancer Society; Global Leadership Forum for Cancer Control; LIVESTRONG; US National Cancer Institute, and the International Society for Pharma-economics and Outcomes Research.

Dr. Cardoso is the Director of the Breast Unit of the Champalimaud Cancer Clinical in Lisbon, Portugal. Dr. Cardoso earned her medical degree at the University of Porto in Portugal and completed fellowships in the Translational Research Unit of the Jules Bordet Institute (IJB) in Brussels, Belgium, and the Department of Molecular and Cellular Oncology at MD Anderson Cancer Center in Houston, Texas. She then worked for 10 years as Assistant Professor at the Medical Oncology Clinic of the IJB where she was active in the Translational Research Unit and was responsible for phase II-III trials in breast cancer. She is board certified in medical oncology and internal medicine. She is actively involved in a number of phase I-III breast cancer clinical trials and served as the scientific director of the international research network TRANSBIG for 7 years.

Dr. Cardoso is involved in numerous professional organizations such as ESMO, ECCO, EORTC, ASCO, and AACR where she serves on several committees and is the current EORTC Secretary General and chair-elect of the EORTC-Breast Cancer Group. She is the Breast Cancer Program Coordinator of the European School of Oncology and co-chair of the Advanced Breast Cancer International Consensus Guidelines Conference (ABC).

Dr. Cardoso is editor-in-chief of The Breast Journal, associate editor of the European Journal of Cancer, and an editorial board member of several other journals. Dr. Cardoso has authored over 230 publications and has presented her work nationally and internationally.

Allison Ekberg Dvaladze is Director of Global Strategy, Partnerships and Advocacy for multiple global oncology initiatives within the Fred Hutch/University of Washington Caner Consortium including the Women’s Empowerment Cancer Advocacy Network (WE CAN), a network for breast cancer survivors and advocates and Breast Cancer Initiative 2.5 (BCI2.5), a global campaign to reduce disparities in breast cancer outcomes. Her work includes the development and assessment of tools for cancer control planners, advocates and clinicians intended to support the development and implementation of breast cancer control programs across the cancer continuum from planning through palliative care. She collaborates regularly with a range of international and local partners to improve access to breast health services. Ms. Dvaladze’s research interests include barriers to detection and treatment of breast cancer, gender and cancer policy, advocacy, health systems and cancer support networks. She has a BSFS from the School of Foreign Service at Georgetown University and an MPH in Global Health from the University of Washington. 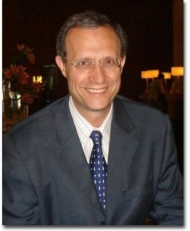 Professor El Saghir has received many awards, including Lebanon President's Medal of Honour for Scientific Achievement (Wissam al-Istihkak), Lebanese Order of Physicians and Lebanese Society of Medical Oncology, League for Lebanese Women's Rights, and Cairo University Hospitals. Professor El Saghir is member of ASCO (American Society of Clinical Oncology) since 1984 and served on and is a member of many ASCO committees and task forces including the International Committee and is ESMO (European Society of Medical Oncology) Regional representative for the Middle East and member of ESMO Developing Countries Task Force, EORTC Breast Cancer Group, and The Breast Health Global Initiative.

His main research interests are breast cancer and wound healing. He is Coordinator of the Breast Tumor Clinic at AUB and Member of the AUBMC Hospital Committee on Cancer. He has published over 40 articles in peer-reviewed medical journals, and lectures on the epidemiology, early detection and management of breast cancer. In addition to serving as a reviewer and member of editorial boards of several international medical journals, Professor El Saghir is Specialty Editor of The Breast, International Editor of Journal of Clinical Oncology (Middle East) and author of the book ABC of Breast Diseases in Arabic, as well as hundreds of articles and press interviews in local and satellite televisions.

Professor Harbeck is a member of the expert panel issuing the yearly updated evidence-based German Working Group for Gynecologic Oncology (AGO) Guidelines for breast cancer therapy (www.ago-online.de). She is the scientific director of the West German Study Group (WSG, www.wsg-online.com). From 2009-2015, she served as an executive board member of the European Organization for Research and Treatment of Cancer (EORTC). Prof Harbeck is principal investigator or steering committee member of numerous national and international clinical breast cancer trials, focusing on trials using novel targeted compounds. She co-chairs the Trans-ALTTO committee. Her translational research focuses on prognostic and predictive factors in breast cancer and other solid tumors. She also has a special interest in eHealth and is the co-founder of CANKADO (www.cankado.com), a digital patient diary.

Professor Harbeck has authored more than 350 papers in peer-reviewed journals (cumulative impact factor of over 1500) and is coordinating editor-in-chief of Breast Care.

For her clinical translational research, she has received numerous awards.

Professor Harbeck has been an executive or steering committee member for numerous national and international conferences. In 2011, she co-chaired the Third IMPAKT Meeting, and the EORTC-NCI-ASCO Meeting on Molecular Markers. She is a faculty and panel member of the International Consensus Conferences on Breast Cancer in Young Women (BCY), for Advanced Breast Cancer (ABC Lisbon) as well as of the St. Gallen Meeting.

Ranjit, a breast cancer survivor since 1998, has a basic qualification in Physiotherapy, and a Master of Science degree in Community Disability Studies (University College London, UK) in 1996.

She is a member of the Board of Management for Reach to Recovery International and a Patient Advocate for the Union for International Cancer Control (UICC). Currently she is the President of NCD Alliance Malaysia and Chairman of Together Against Cancer (TAC) Malaysia. She is a member of the review committee for the UICC Asia-Pacific Cancer Society Training Grant (APCASOT). In October 2014, Ranjit was selected to coordinate the ASEAN Experience Exchange for Cancer Patient Organizations which aims to improve access to care and quality of life for individuals with cancer.

She has held the following positions in the past: President of Breast Cancer Welfare Association Malaysia (2002-2011), President of Reach to Recovery International (2003-2007), and Board Member of the Union for International Cancer Control (UICC) (2006-2010).

Ranjit has received the 2004 Outstanding UICC Volunteer Award and the Terese Lasser Award conferred by Reach To Recovery International in 2011.

Dr Miriam Mutebi is a breast surgical oncologist. She completed her general surgery residency at the Aga Khan University Hospital in Nairobi, followed by a two-year fellowship in breast surgical oncology, which included a year in the plastics and reconstruction unit at the University of Cape Town, Groote Schuur Hospital. She is currently faculty at the Aga Khan University in Nairobi, Kenya where she is employed as Consultant Breast Surgeon and Lecturer.

She is very committed to research and has led projects around the training of health workers in knowledge and practical skills in breast health awareness & in clinical breast examination. She has also done research around the quality of life of breast cancer survivors in the Western Cape. She is involved in the training of cancer advocates in both Kenya and South Africa and is a member of the Education and Training Committee of the African Organisation for Research and Training in Cancer (AORTIC).

Dr Mutebi is a co-founder of the Pan African Women’s Association of Surgeons (PAWAS –www.africanwomensurgeons.org), the aim of which is to provide mentorship and support for women in surgery, and to advocate to improve women’s health and surgical health care on the continent. Dr Mutebi is also a Clinical epidemiology and Health Systems Research fellow at Weill Cornell University, New York. Her research focus is on understanding the barriers to diagnosis, treatment and follow up for women with cancers in low resource settings, and in designing interventions to mitigate these barriers.