How can you move towards self-managed teams?

By Helen Sanderson and Lisa Gill

In our first blog we wrote about the difference self-managed teams could make to staff and patients. Now we’ll address the ‘how’ question: how can you move in this direction?

One thing we’ve learned is to be cautious about using the term self-management, or any technical term. It can create a knee-jerk reaction, especially from middle managers who feel if we work towards self-management, it will mean I’m out of a job – why would turkeys welcome Christmas? Frederic Laloux recommends using “story over concept”, in other words, using human language that describes what could be possible if we explore a different way of working and what excites you about it.

We’re currently working with some organisations at the moment who aren’t sure if they want to become fully fledged, self-managed teams but want to move towards greater autonomy in the way they’re working.

In this blog we suggest three approaches to getting started:

Here are three practices you could introduce to your teams without making a commitment to becoming fully self-managed:

“Over the past several years, my team and I have learned something about clarity and the importance of hard conversations that has changed everything from the way we talk to each other to the way we negotiate with external partners. It’s simple but transformative: Clear is kind. Unclear is unkind.” – Brené Brown 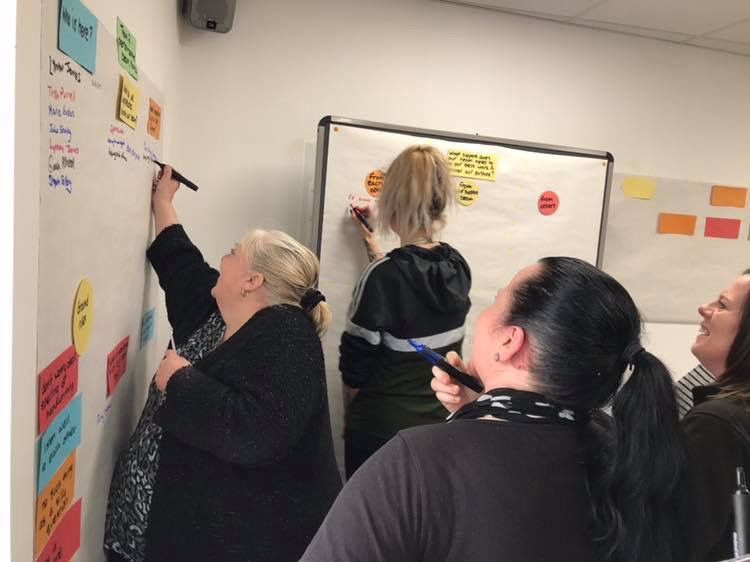 (Image: reviewing team agreements in one of the Wellbeing Teams)

Start with teams working on ‘What gets in the way of you doing your best work?’

Another approach is to help people uncover what gets in the way of them doing their best work.  In his book Brave New Work, Aaron Dignan identifies around 80 ‘tensions’ that you see in organisations. Here are some examples:

Dignan suggests getting teams together and identifying the top tensions, exploring possible practices that could help (also helpfully listed in the book) and setting up a 6-8 week ‘sprint’ to make change.

We have been using this approach with teams to create early wins that move in the direction of greater autonomy at work and help start to resolve the challenges of working within bureaucracy. 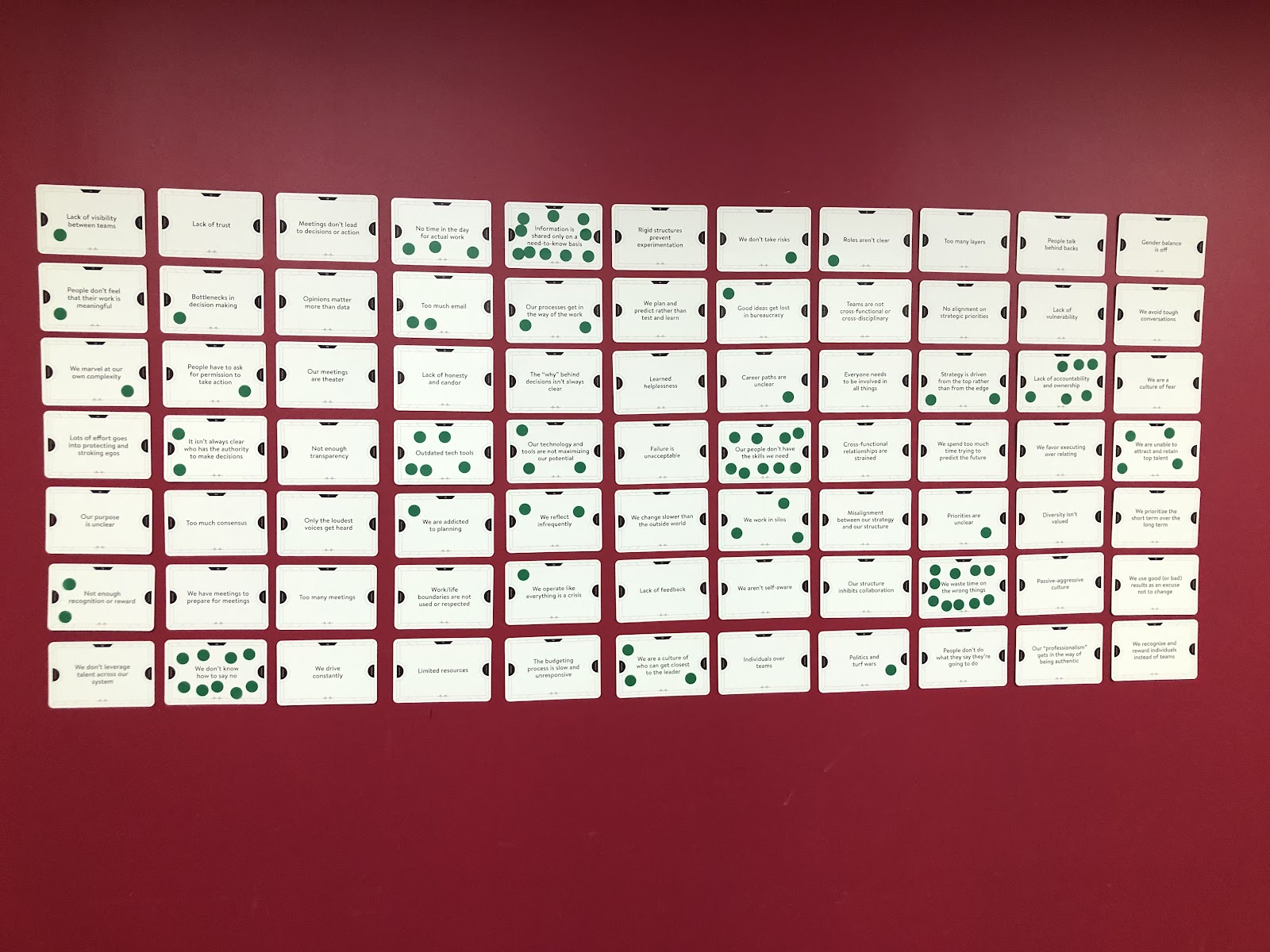 The head office teams of a health and care charity, Making Space, used The Ready Tension and Practice Cards to vote on what gets in the way of them doing their best work. Two members of the HR team provided weekly coaching to the teams to support them with their sprint. Here is a film that describes the process and outcomes.

Start with a prototype team

Many organisations start with a prototype or pilot self-managing team, and then extend the number of teams across the organisation. This was the chosen approach at Cornerstone, a large social care charity in Scotland (you can learn more about their transformation from the former CEO, Edel Harris, on Helen’s podcast here, or Lisa’s podcast here).

It is critical to start with people and teams who volunteer (rather than being told that they are going to become self-managing) and to create a ‘firewall’ between the teams and the rest of the organisation that enables the team to try new ways of working.

These three approaches can be used singly or in combination. For example, if you are a team leader, you could start introducing the three practices into your team. If more teams get interested in the difference it is making, you could suggest using The Ready cards and moving forward in sprints. Teams that really engage with this and get excited about going further may be interested in becoming a prototype team.

Lisa Gill is an organisational self-management coach and facilitates leadership courses that train people in a more adult-adult, coaching style of leadership with Tuff Leadership Training(link is external). She is also the host of the Leadermorphosis(link is external) podcast, for which she has interviewed thought leaders and practitioners from all over the world about the future of work. Lisa was included in the Thinkers50 Radar 2020 for her work with self-managed teams. Her facilitation also extends to the world of online participatory courses via the Better Work Together Academy(link is external).

Helen Sanderson is the founder of Wellbeing Teams(link is external), a new model for delivering care and support within communities, demonstrating how self-managed teams can work in health and care. Wellbeing Teams are one of Nesta’s 50 New Radicals(link is external), have been rated Outstanding by the UK's Care Quality Commission(link is external) and have won The Guardian's Public Service Award in 2019. Helen is the author of over 20 books, as well as good practice guidance for the UK's Department of Education on Education Health and Care plans.